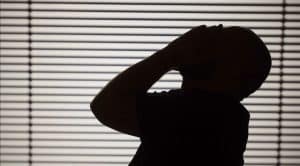 What does it mean to incorporate conscientious business decisions into your strategies for success? A word similar to “conscientious” is conscience. In this month’s blog, we will explore why many businesses who have survived an unfriendly business climate have incorporated the value of acting with a good conscience as their hallmark to success.

While our following observations are merely that; personal observations, through the years of small business success, we have found them to be true regarding the application of conscientious business practices.

First, it is often the case that conscientious practices place customer benefit at least equal to or higher than benefits regarding making money.

Secondly, we have found that business leaders who listen to their conscience, have stronger employee relationships. This focus on employees also includes the benefit of reciprocation by employees to the employer.

Third, it’s easier to sleep at night when your conscience is not troubling you about business decisions you have made recently.

Allow us to explore each one of the three aforementioned benefits from a personal point of view with you.

One- Giving proper weight to applying conscientious business practices:  A service provider may be able to place their business above one’s client in times of bounty, but not in the challenging season in which we find ourselves today. Indeed, transparency, humility and parity with prospects and clients fosters success. It was said that “you get what you give,” and this word of wisdom supports our very point.

Two- Conscience = stronger employee relations: There is a phrase that is often bantered about, stating that “it is lonely at the top.” Why might that be?  One thought is that the loneliness may be caused by an intentional or even unintentional separation between the “haves” and the “have nots.” We have found that conscientious business leaders tend to identify with and place themselves alongside their employee base.

An historic example of this took place at the onset of American entrance into World War II with General George Patton. His speech delivered to the troops on May 31, 1944 (coincidently, about the same month and day of the drafting of this blog) is legendary and exactly supports our point. Here is an excerpt (with the harsh language filtered for a PG audience): “An army is a team. It lives, eats, sleeps, and fights as a team. This individual hero stuff is BS. The bilious bastards who write that stuff for the (predominant media) don’t know any more about real battle than they do about (having intercourse). And we have the best team—we have the finest food and equipment, the best spirit and the best men in the world. Why, by God, I actually pity these poor bast__rds we’re going up against. All the real heroes are not storybook combat fighters. Every single man in the army plays a vital role. So don’t ever let up. Don’t ever think that your job is unimportant.”

They say that history repeats itself. This may be the case from our example.

Three- Taking comfort in having done the “right” thing: A great deal can be said about getting a good night’s sleep. Being unencumbered by the cares and thoughts of the previous day or the ways in which you may have mistreated people, brings peace of mind. Having a clear conscience is perhaps the most important factor in bringing this to pass. As an aside and quoting a sage from millennia past, this is not to say that some who are able to sleep at night have a clear conscience but, as the sage has said, “have their conscience seared.” But this is not you, dear reader (or you would have stopped reading this writing long ago).

Regarding our closing thought this blog, for those of you old enough to remember a Disney character named Jiminy Cricket, we will close this writing with his famous quote. “Let your conscience be your guide.” Indeed, perhaps one of the finest keys to your success will be in the conscientious way you deal with others, and yourself, by Jiminy!